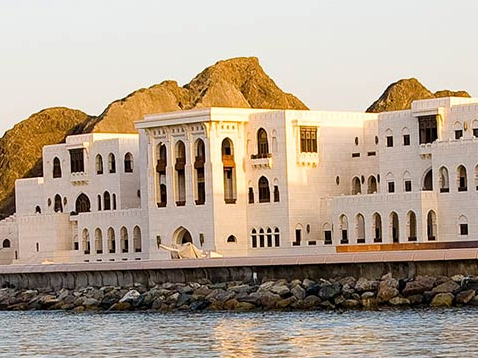 Oman, an Arab country on the Southeastern coast of the Arab Peninsula in Asia.

It is boarded by the United Arab Emirates to the northwest, Saudi Arabia to the west, and Yemen to the southwest. It also overlooks the Arabian Sea on the southeast and the Oman Sea on the northeast.

This ideal vast location opens a channel of political, economic, and cultural communication with others. It is the third largest country in the peninsula, with an area amounts to 30.9500 km, and a population of almost 2.867 million. Arabic is the official language of Oman, with the wide use of English language as an accredited one. Islam is its religion, among the spread of other religions like Christianity and Buddhism.

The architect of the modern Oman renaissance, His Majesty Sultan Qaboos bin Said bin Taimur, may Allah rest his soul in paradise, took power on July 23, 1970. Late His Majesty the Sultan dedicated his almost 50 years rule to turning Oman from a small agrarian country into a modern nation without prejudice to its culture and traditions. The late Sultan Qaboos died on 10 January 2020 leaving behind a great historical legacy in the hearts of Omanis and the world.

Oman's capital is Muscat and its official currency is Riyal (OMR).

The Sultanate is deemed one of the most diverse countries geographically. It consists of a mix of sandy deserts, fertile plains, and green mountains in the south of the country in the fall. Its valley and oasis extend over large areas as well. This geographical diversity contributes to climate change among governorates.

In addition, the Sultanate’s political and economic stability attracts local and foreign investments and promote its industries, which increases its economy as well.

National Center for Statistics and Information

TANMIA joined the Sultanate's celebrations of the 47th National Day by a special gathering for the Management Team and all staff. Th...
DETAIL

TANMIA signed the Shareholders’ Agreement of Oman Aviation Academy on 26 July 2017 with its partners: The Omani Authority for Partnersh...
DETAIL

MEMORANDUM OF UNDERSTANDING (MOU) UNDER THE DATE PALM I...

A Memorandum of Understanding (MoU) was signed between Oman National Investments Development Company “TANMIA”, The Diwan of Royal Court...
DETAIL

Signing a new shareholders’ agreement was celebrated on Thursday 19 May 2016 between Bauer Resources GmbH (German company) and Synergy...
DETAIL

MOU SIGNED FOR SETTING UP DRY BULK LOGISTICS CORRIDOR A...

SIGNING OF MEMORANDUM OF ASSOCIATION FOR ESTABLISHMENT...

Under the patronage of H.E. Dr. Ali Masoud Al Sunaidi, Minister of Commerce and Industry, and in the presence of a number of Ministers...
DETAIL

TANMIA TO INVEST IN A $400 MILLION JOINT FOOD FUND WITH...

Tanmia, Along with The State General Reserve Fund (SGRF) and other investors have signed an agreement to establish Gulf Japan Food Fund...
DETAIL

Third Phase of Expansion Of The NIMR Water Treatment Pl...

Oman National Investments Development company “TANMIA” has signed an agreement to launch the third phase of expansion of the Nimr Water...
DETAIL

TANMIA has officially announced the establishment of Nakheel Oman Development Company jointly with the...
DETAIL

Tathmeer continue to outperform the market

Mutual Funds under TANMIA’s management continued their outstanding and recorded a positive performance for the year ended 2021. TANMIA...
DETAIL